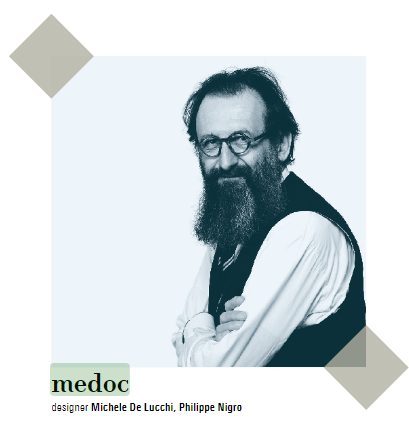 LG Quadrone is designed by Michele di Lucchi. With a degree in architecture from Florence, he was at the forefront of movements such as Cavart, Alchymia and Memphis during the years of radical and experimental architecture. In 1987, after years of studies, he designed Tolomeo for Artemide, the table lamp with which he won his first Compasso d’oro award. It soon became the archetype of the lamp with adjustable arms. From 1988 to 2002 De Lucchi was at the head of the Olivetti Design department for which he designed laptops, monitors, printers, faxes and computers. He received his second Compasso d’oro in 2001 thanks to his design of the Olivetti Artjet 10 printer. During his long career he developed experimental projects for Compaq Computers, Philips, Siemens and Vitra. He designs buildings and exhibitions for museums such as the Triennale in Milan, Palazzo delle Esposizioni in Rome, Neues Museum in Berlin, the “Cini” Foundation in Venice and the Gallerie d’Italia in Piazza della Scala in Milan. In 1990 he set up a Private Production, as part of which De Lucchi designs products without being commissioned for them, using handmade techniques and skills. A selection of his “objects” is available in the most important museums in Europe, the US and Japan.

Michele De Lucchi and Phillipe Nigrore interpret a 500-year-old material with LG Quadrone in the Natural Genius Line. Teak takes 200 years to grow, while 300 year old Indian buildings from the colonial erawere made with this material. Following patient restoration works, these buildings are the origin of the precious raw material that creates the unique amber shades of LG Quadrone. The essential design with a square base creates a true natural chessboard where the linear orthogonal patterns blend with the old teak’s wide grain. Rather than a wooden surface, a true work of art to display on a wall as well.